Wyoming County is getting its first state park.

Governor Tom Wolf announced Tuesday that Vosburg Neck, north of Tunkhannock, will be one of three new state parks in the Commonwealth.

The 669-acre park will open by the end of 2026. The land, currently known as the Howland Preserve, is owned by the North Branch Land Trust with support and assistance from the nonprofit Friends of Howland Preserve.

“We're going to be able to expand infrastructure for the community to use," said Allison Wilson, co-founder of Friends of the Howland Preserve.

Wilson said plans for the park include expanding the trail system, adding another boat access and bathroom facilities, which the preserve currently does not have.

The organization will continue to exist once the state takes over the land, Wilson said. They will rename as Friends of Vosburg.

"We’re excited that the state does want to keep our relationship growing," she said. "We look forward to working with the state and continuing to help maintain and build upon the infrastructure."

The park will be called Vosburg Neck in honor of Abraham Vosburg, who was given the land in the 1700s for his service in the Revolutionary War.

The area was called that by locals for hundreds of years, said Wilson, until Ernest Howland donated the land to the North Branch Land Trust in 2006 in his will. Howland’s parents purchased the land in 1941. There they owned Riverside Farm.

“It’s going to bring an amazing economic increase, people are going to come to the area from all over ... to be able to be outside in nature and appreciate the beauty that Northeastern PA has," Wilson said.

The other parks announced include Susquehanna Riverlands in York County; and Big Elk Creek in Chester County.

Each site is within a half-hour of heavily populated areas, according to the state.

“All of the new parks are steeped in cultural pre- and post-Colonial history, centered around important water resources and represent fantastic natural resource value," said Department of Conservation and Natural Resources (DCNR) Secretary Cindy Adams Dunn, in a news statement.

The state's 2022-23 budget included funding for three new state parks. They are a $45 million investment by the state and conserve around 3,500-acres of natural and cultural resources, according to the governor's office. 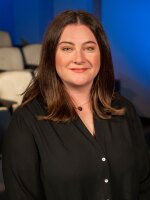