Offensive Lineman Mark Glowinski is following the example of other athletes from Northeast Pennsylvania by coming home to Wilkes-Barre this summer to lead a free high school football camp.

“That's where it all started,” he said. “Those are all the you know, all the people that helped me get to where I'm at.”

He will coach the first Mark Glowinski High School Football Camp on July 16 at the King’s College Athletic Complex in Wilkes-Barre Twp.

Glowinski is a 2010 graduate of the former G.A.R. Memorial High School and as of this year, an offensive guard for the New York Giants. He previously played for the Indianapolis Colts and the Seattle Seahawks.

The National Football League provides resources for camps like this, but it’s up to the individual player to execute, Glowinski said.

“I feel like it's something that I always wanted to do,” he said.

He remembered attending other camps when he was a student and said he wanted to give back to his hometown and community.

“It’s just like if you were to go to the Aldi, you put a quarter in there and when you leave you get your quarter back,” he said. “They gave me a little bit, I’m going to give back to the next generation and hopefully someone steps up…within the next couple of years to do the same thing.”

Registration for the camp is open to football players in grades 9-12 on www.markglowinskifootballcamp.com. Glowinski said there is no registration limit yet, but encouraged anyone interested to register as soon as possible. 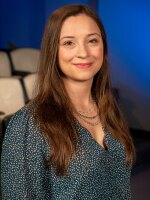