Agostini Bakery opened in 1907, but closed over the weekend due to "circumstances beyond their control."

A more-than-century-old bakery in northeast Pennsylvania closed over the weekend.

On June 14, Robert Agostini posted on Agostini Bakery’s Facebook page that the business had to cease operations. He didn't give further explanation.

Located on South Main Street in Old Forge, the bakery had been in operation since 1907.

“Thank you for being with us during all the ups and downs,” Agostini’s post said. “We wish you well in these trying times.”

The bakery was known for its Italian breads, buns, hoagie rolls, Old Forge pizza kits, and pizza shells. Old Forge calls itself the “Pizza Capital of the World.”

Restaurants and sandwich shops in the area had relied on the bakery for their products, especially when they lacked the time or space to prepare dough or bake bread. Grocery stores stocked two-packs of Agostini’s pizza shells for at-home preparation.

Tom Obrzut Jr. runs the kitchen at the Polish American Citizen’s Club in Dupont. He said his operation isn't as large as others who might use the shuttered bakery's pizza shells, but he's still going to miss them.

"Agostini’s shells have been with me for the seven years I’ve been [at the Polish Club]," Obrzut said. "Honestly the best quality shells in the area."

Agostini’s abrupt closing is already causing some restaurants to scramble.

Obrzut said after he heard the news of the bakery's closing, he went to Malacari's Produce and Deli to buy out the rest of their pizza shell stock.

"In fact one in West Pittston called Weiner World is closed, because they source 90% of their buns from Agostini’s," Obrzut said.

A Facebook post by Weiner World said they expect to have a new supplier figured out within a few days.

Obrzut said he hopes someone decides to take over the bakery and purchase Agostini’s recipes.

"It might not be the Agostini’s name, but if the quality's there, that's something that's gonna be good for everybody," he said. 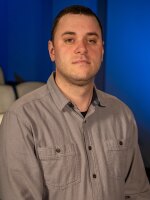